Saying Elle Devene was stunning is an understatement.  During the break I must have heard three different folk comment that they were positively, undeniably in love.  Lord knows, whatever secret pull Elle had (and I don’t think it was that much of a secret), it certainly came through in the sketches and photos.

As always, we’d like to thank our generous sponsors, Atomic Books, Artist & Craftsman Supply, and Baby Tattoo Books went above and beyond with the contest prizes.  If you haven’t figured it out by now, everyone involved with Dr. Sketchy’s Baltimore, from the sponsors, to the Windup Space, to Bill and Jeff, are doing this so we can bring this unique life drawing experience to you all twice a month, so if you’re looking to buy a pencil or book or a beer, please consider hitting them up.  Anyways, special thanks to the sponsors, to Russell of the Windup for preventing us from getting thirsty and letting us use his absolutely amazing venue for all this, Jeff for the amazing photographic work, Bill for policing the door against drunk sailors and bear attacks, and to Elle Devene of Gilded Lily Burlesque for being her drop-dead gorgeous self. 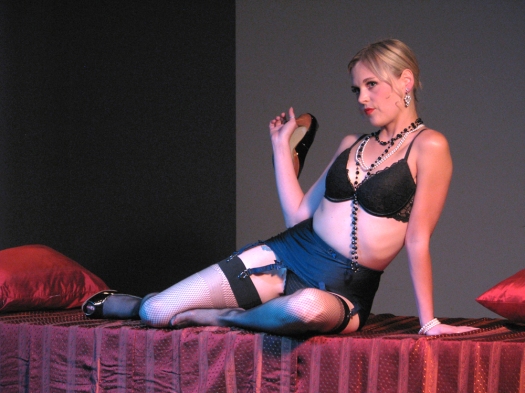 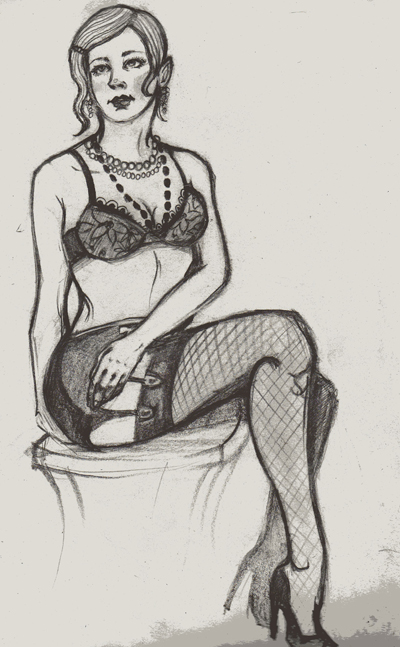 I love the face on that last one. 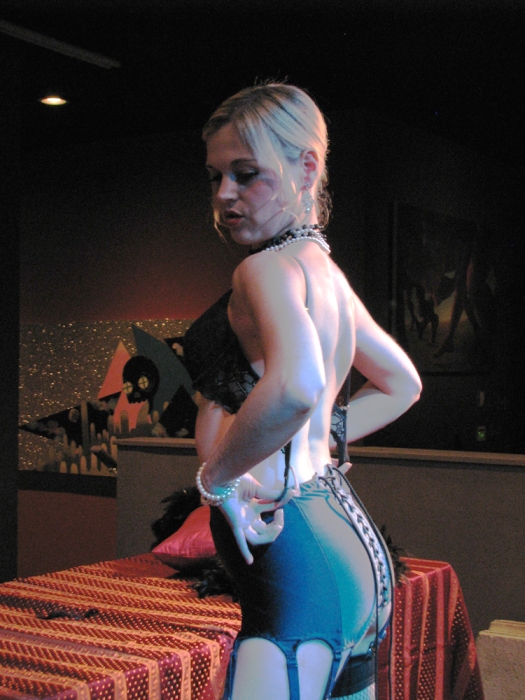 Mike May sent in these sketches . . . the first drawing in the first sketch (and also the photo above) is from the “someone in the crowd yell out a random noun” contest, which turned out to be “plumber”.  And yes, we’re just going to let that one go without comment.  The prize was a life-drawing book The Natural Way to Draw: A Working Plan for Art Study by Kimon Nicolaides donated to us by one of our awesome and regular art monkeys, Kurt Aspland.

The prizes for the third contest, donated by Atomic Books, were Pride and Prejudice and Zombies by Jane Austin and Seth Grahame-Smith and Sense and Sensibility and Sea Monsters by Jane Austin and Ben H. Winters.  The contest was “What do you think the cover will look like for the next classic with monsters added?” which is why Elle has a rattlesnake tale in the second sketch.

Here’s a few of Brian Dugan’s sketches—be sure to check out his gallery to see more.

He took home Pride and Prejudice and Zombies with that “Canterbury Tales from the Crypt” sketch, too. 🙂

The sketch above was from an earlier contest, in which we asked our artists, “What’s the most inappropriate setting for a burlesque performer?”, the prize of which was a signed copy or Ragnar’s Symptomatica from Baby Tattoo Books. 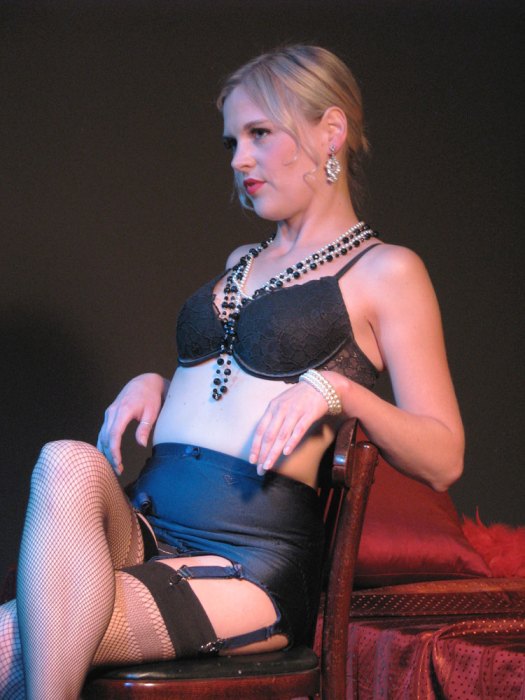 Don’t forget, Elle Devene and the rest of Gilded Lily Burlesque will be performing at Load of Fun Halloween night.  Don’t worry, we’ll remind you as it gets closer. 🙂

Our next session is Sept. 28th, 7 o’clock (doors at 6) at the Windup Space,  with Viola Vixen—all the way from Brisbane, Australia . . . she’s in the States for the NYC Burlesque Festival and is coming all the way down here for the evening just to pose for you.

And, just between you and us, you should know how cool our own Viola is—that is, Viola Van Wilde of Gilded Lily Burlesque—she’s graciously putting up Viola Vixen for the night, because, well, she’s just cool like that.  Don’t tell her we said that though, we don’t want her to know we think she’s that awesome because we have, you know, our own cool image and whatnot to maintain… ;-p

See you on Monday!

5 Replies to “Photos from Sept. 14th with Elle Devene!”