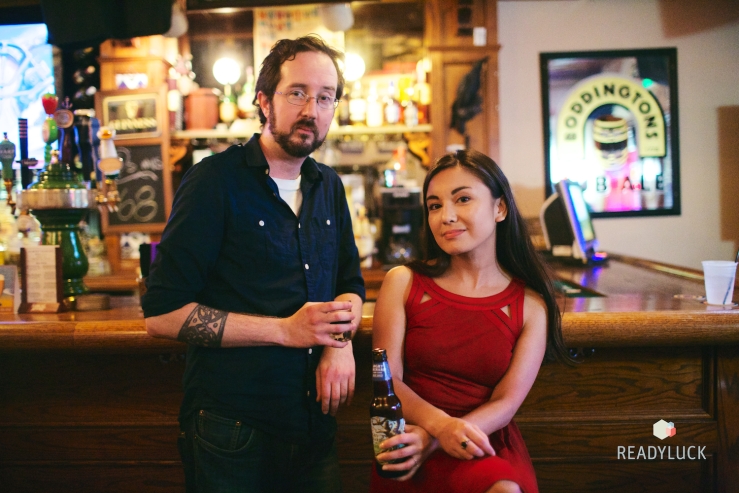 A transplant from North Carolina, Aaron writes fiction, and is currently working on a fantasy novel set in Baltimore. He also draws. Aaron is responsible for the Sketchy’s stage design, and he created all of our videos.

Alexis is our emcee, as well as our primary model coordinator, designer, and photographer. A native Long Islander, she came to Baltimore to study illustration and drawing at the Maryland Institute College of Art (MICA) and, after graduation, stayed for the (then) cheap rent. Alexis doesn’t usually get to draw at Sketchy’s, but you might run into her at other life drawing sessions around town.

Five years after bringing Sketchy’s to Baltimore, Aaron and Alexis tied the knot and, because they’re a little crazy, threw one of their biggest Sketchy’s events the day after their wedding. They are now the exhausted parents of a tiny toddler whose side-eye game is precociously strong.

This second-generation sideshow vixen has performed in her native Baltimore at The Lyric Operahouse, The Windup Space, Ottobar, and Club Orpheus as well as in DC at the Bier Baron, Black Cat, and the celebrated Red Palace. Valeria started her burlesque career as an original member of Black Tassel Boolesque, and is currently a member of Aunt Sally Sideshow. She first modeled at Dr. Sketchy’s Baltimore in 2011, and joined the crew as our helper extraordinaire a year later.